Vincentian Society for the Prevention of Cruelty to Animals 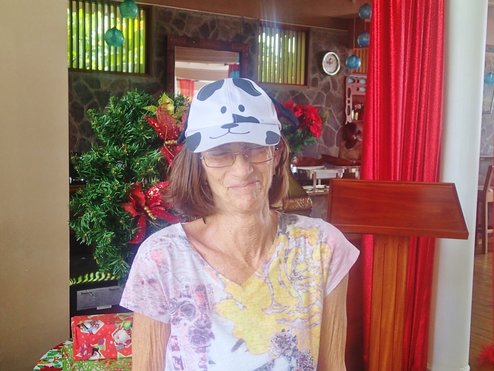 
I am so thankful  that Kiersten Anderson came to our shores, saw a great need, and had the strength and determination to do something about it.

During my 23 years of living in SVG (home to my mum, gran and  great-gran), I remember at least two other attempts to start animal welfare organizations, but they failed before barely starting because the obstacles were
too great and too many.

At the first Animal Initiative meeting (as it was originally called), I sensed that Kiersten had a  chance to plow through the bureaucracy, the negative attitudes, the misguided generational thinking and behaviors… What a start she gave to those who carry on  the work!  The Leadership Team and  other dedicated volunteers have remained strong and resilient, and the number of
animals helped and owners given alternative ideas on how to treat animals just keeps increasing. Whether working on the periphery as I do, or being one of the  hands-on action heroes of this organization, the VSPCA works and will continue as a team effort – from volunteers to supporters – until every dog and cat is wanted and cared for, and all animals are treated with the dignity and respect that they deserve.

Thank you one
and all.